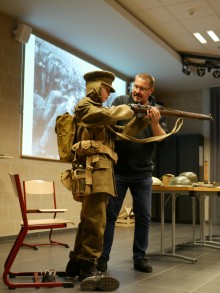 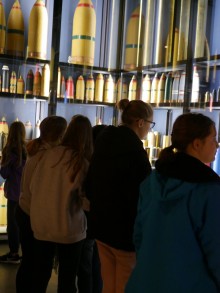 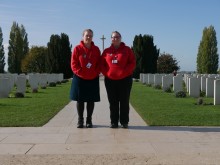 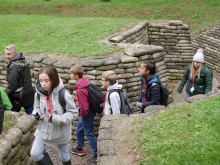 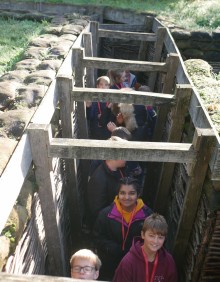 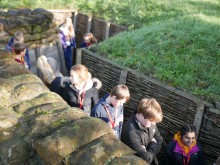 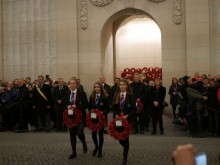 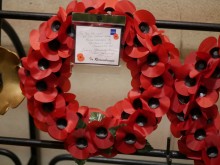 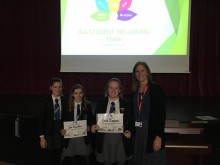 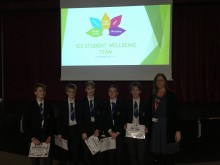 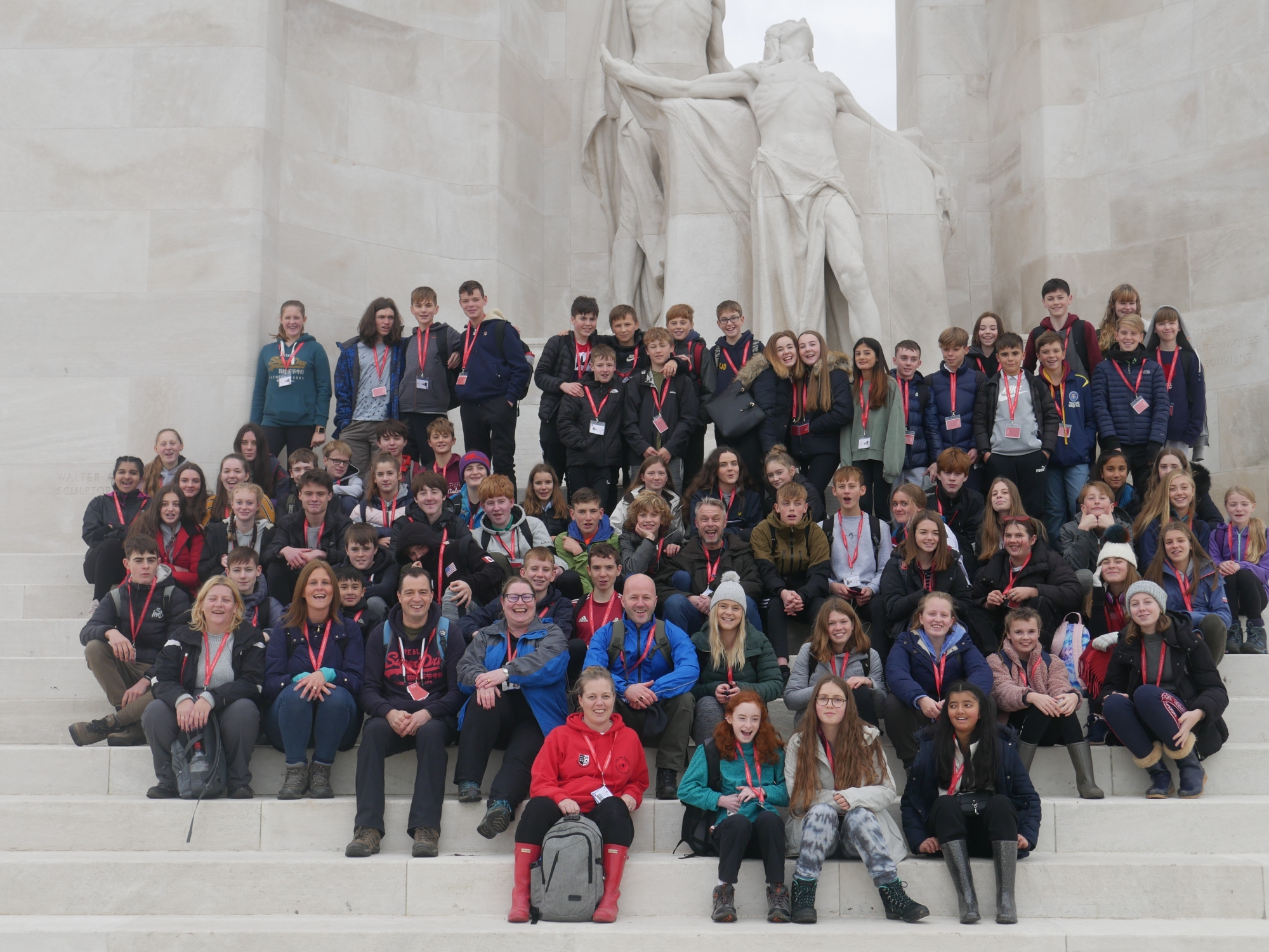 Ilkley Grammar School students have recently returned from their annual Belgium Battlefield’s trip, which includes the Belgian and French Sectors of the Somme and the Belgian town of Ieper, in commemoration of the centenary of the war.

They set off on their 12 hour journey on the evening of Friday 25th October, stopping at Essex Farm Cemetery, a former advanced field dressing station which is now dedicated to the soldiers of Yorkshire and the wider West Riding area. The cemetery resonated deeply with the students as they talked quietly amongst the rows of stately white crosses, each one a heartfelt remembrance of a fellow Yorkshireman. Gilbert Muirhead and Daniel Fazackerley read the poem ‘In Flanders Field’ written by Dr John MacCrae who was a surgeon here. In contrast, the group later visited Langemark German Cemetery, the final resting place of over 44,000 German soldiers, where over-hanging trees shade the cemetery from public view. They went on to visit St Julian’s Canadian Memorial at Vancouver Corner, resting place to 2,000 soldiers, and the ‘In Flanders Field’ museum in Ieper town, an educational wartime museum.

The trip also included battlefields, cemeteries and memorials in France as well as Belgium, with the group following the frontline route of The Battle of the Somme. In particular, the group visited Vimy Ridge, scene of the harrowing loss of British and French lives, which remains a memorial to the brave Canadians who took the Ridge at severe cost in April 1917 and is still surrounded by unexplored explosives. The students took in the tunnels, trenches and the impressive monument to those who fell, guided by a Canadian student volunteer whose grandfather had fought at Vimy.

Following in the footsteps of the Somme Offensive, which began on 1st July 1916, the students wound their way through the Somme region, visiting Thiepval Memorial to the Missing, home to 72,000 missing soldiers on the Somme, where several students sought out and discovered relatives who are recorded there. Mrs Hessey and Mr Davies also discovered family members remembered there and Alex Taylor read the poem ‘The Soldier’ by Rupert Brooke in honour of Mr Rignall’s uncle, Harold Rignall, who is honoured on a panel on one of the impressive ‘legs’ of the monument.

Onward to the huge ‘Lochnagar Crater’ in the tiny village of La Boiselle where ordinance laid by men of the Scottish and Irish Tynesiders caused an explosion so loud it was said to have been heard in London!

The final visit of this day in the French Sector of the Somme was a solemn journey through the village of Mametz to reach the final resting place of the Devonshire Regiment, a group of men aware that their orders would ultimately lead to their deaths but who sacrificed themselves anyway in the name of their country. They were buried in the trench and in remembrance of their bravery, Felix Weston and Josh Beevers read the poem ‘Mametz Wood’ by Owen Sheers, written in their honour.

Three Year 9 students, Elodie Parsons, Josie Simpson and Zoe Haskins, laid wreaths in commemoration and respect at the ‘Last Post’ ceremony at the Menin Gate, a memorial to the missing soldiers of the British Empire, where a nightly ceremony commemorates their loss with sadness and respect.

The final day saw the students visit the largest British military cemetery anywhere in the world, The Tyne Cot Cemetery, with 34,000 names engraved upon walls on the back. Students visited the panel bearing the name of former IGS student and teacher Eric Fitzwater Wilkinson M.C. who was killed in action on the 9th October 1917 in Flanders aged 26. Mr Hansen beautifully recited the Headmasters Response to the death of Eric, which was published in the School’s newsletter, ‘The Olicanian’, shortly after being notified of his death.

Mr Khalil, who accompanied the students commented, ‘It had a very solemn feeling to it’ and was deeply moved by the trip ‘It was an amazing trip that had a really positively affect on all those who went.’

Mrs Lister and Mrs Goodyear stressed the importance of the trip and noted ‘This history trip is full of memories of the battlefields and in remembrance of the thousands who died during the Great War. The behaviour of the students was impeccable and we were very proud to take them to Belgium as it is a thought-provoking trip and helps them to understand the scale of the war’. Mrs Birch and Mrs Welbourne also accompanied the trip and commented on how well our students represented themselves and the School throughout.