BATTLE OF THE BANDS

The inaugural IGS Battle of the Bands evening saw a staggering eight bands, drawn from Years 7 to 12, compete for the title of 'IGS Band Heroes'. A lot of these bands had only recently formed at the start of the academic year in September.  They have been rehearsing tirelessly every week to prepare for this new concert at IGS. This was very much a student run event with the backstagers, front of house team, marketing, photographer, student hosts and musicians working exceptionally well together to produce a very high quality show.

The three student hosts for the evening entertained the audience and provided the perfect introductions to all the bands.

The judges were very impressed with the incredibly high standard of all the musicians.

Third place was awarded to 'Heritage',

Second place went to 'It Takes 5'

And the judges awarded the IGS Band Heroes winners title to 'The Mustangs'.

In addition to being entered into the IGS Music Hall of Fame, The Mustangs will head into the Woolpack Recording Studios in Otley in the new year to record their winning song, Goblin. The Mustangs are made up of four Year 12 pupils and they are all thrilled to be crowned winners and are looking forward to recording their song.

In addition to the judges' award, the audience also had a chance to vote for their favourite band. Vermillion, consisting of Year 10 pupils who formed their band last year, were awarded the Audience Choice Award.

The event was a tremendous success and all the pupils worked hard to make sure that everything ran smoothly on the night. Thanks must also go to the PTA and Anti-Bullying group for providing refreshments for the audience whilst the judges made their decision. A big thank you to everyone that attended to support our extremely talented musicians. We are very proud of all of them! Pupils are already getting excited about Battle of the Bands 2023! 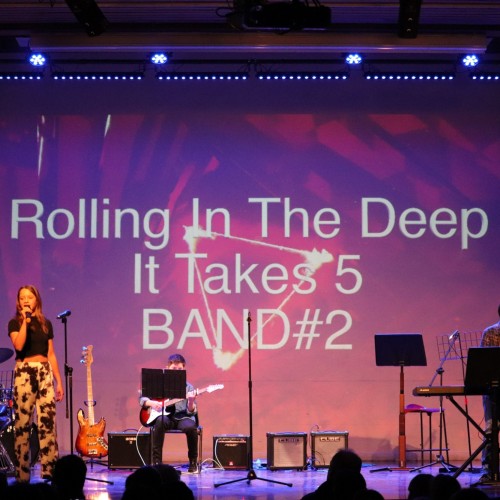 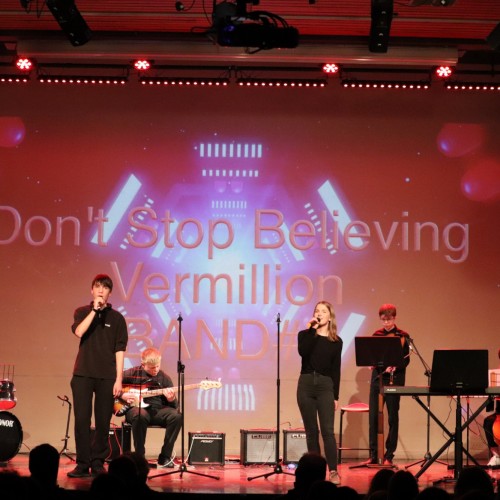 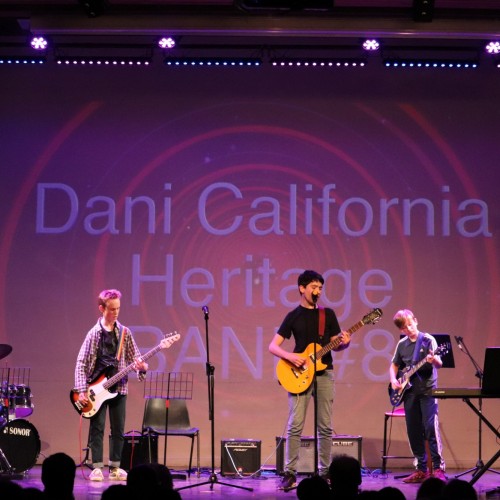 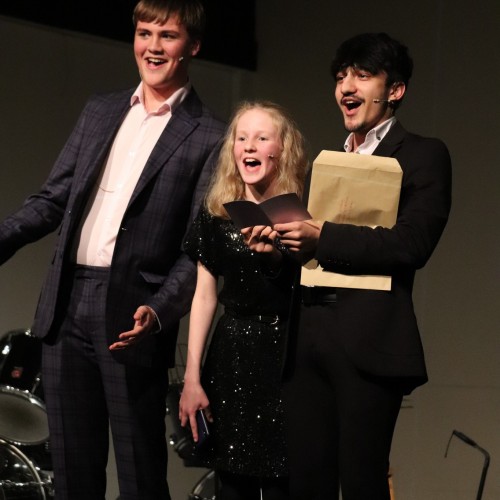