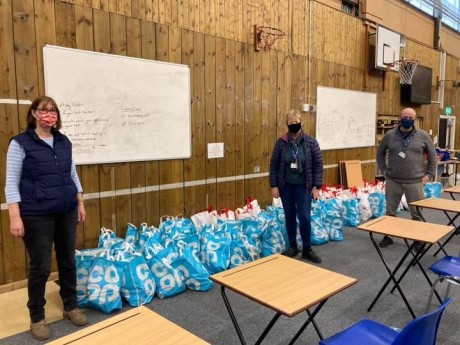 Over the Christmas period IGS staff were involved in an Ilkley initiative spearheaded by Becky Malby and a team of volunteers from Ilkley Great Get Together to provide food for around 140 local families spread across all the Ilkley schools.

It was fantastic to be part of an initiative which managed to join up a range of local organisations such as La Stazione, Booths, Marks and Spencer and Ilkley Food Bank to put together the Christmas Hampers which included everything from rice and sprouts to crackers and café vouchers. As well as generous donations of money which were converted into Tesco vouchers, the ‘icing on the cake’ were the individually made Christmas Cakes donated by children and families from local Ilkley Primary Schools. 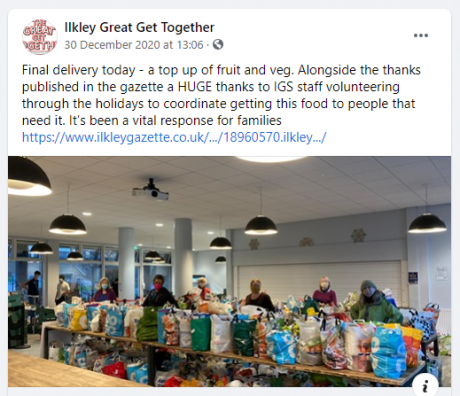 The packing and delivery took place over around three and a half days over the festive period with a super-efficient team of volunteers collecting and packing on one day and IGS staff volunteers making the deliveries the following day.

IGS would particularly like to thank Becky Malby for driving the initiative and all the local organisations who donated goods or vouchers. The feedback we had from local families was fantastic.