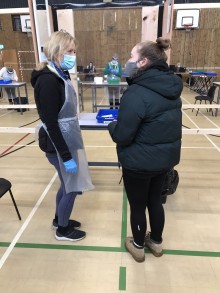 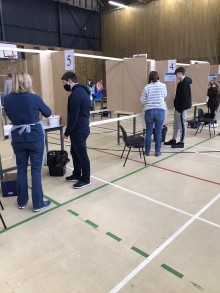 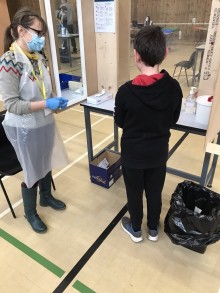 Ilkley Grammar School are on the verge of completing the mass COVID testing programme which has enabled students to return to school from the w/c 8th March. The school was overwhelmed by the response from the local community after it put out a call for volunteers to support staff on the 1st March. 90 people volunteered in total, including parents and grandparents. By 7.30pm on Friday the 5th March over 80 volunteers had been scheduled according to availability over the two-week period and had completed online training as well as a face to face ‘walkthrough’.

With a trained army of volunteers and IGS staff, the school was ready to start testing. The IGS site team converted the school Sports Hall into a testing centre with 11 booths each intended to test 10 students per hour over 6 hours enabling the school to achieve its daily target of around 650 individual tests. Changing rooms were also converted to enable members of the team to put on and take off their PPE. Each day, a daily team of around 35 staff and volunteers worked together to meet and greet students, register them, supervise the testing process, process the Lateral Flow tests, and record the results which were then uploaded to the NHS website.

The blend of volunteers with IGS staff on a rota enabled the school to open to 650 returning students each day with the school fully open on the morning of Thursday 11th March.

The school would like to offer its heartfelt thanks to all the volunteers, including those whose kind offer we were not able to take up. Whether it was for the full two weeks or for a morning, every contribution has been hugely valued.

One parent stated: “I am over-awed at the sterling effort which has been made to ensure that the entire Covid testing process is seamless for the children at IGS. As if the year has not been difficult enough for the education profession, the job of Covid testers was thrust upon the team. The set up in the hall and the efficiency with which it runs is a true testimony to the dedication of staff and volunteers.”

Another parent of a year 9 student added: “Under impossible circumstances, IGS have set up a brilliant and efficient testing system and I thought that needed to be acknowledged. Well done to teachers, admin support and your volunteers.”

Many students were understandably nervous about the return and the requirement to be tested before going back into lessons for the first time since December but once again their resilience shone through as nerves turned into relief once it was over.

As one would expect in March the weather threw everything at us with “meet and greet” volunteers wearing an increasing number of additional layers each day to brave the cold, the wind and the rain.

While it has been a truly collective effort a special mention must go to the IGS site team, data team and the admin/reception team who have worked so hard in the background to deliver a huge project from a standing start.

Carly Purnell, Headteacher, stated: “I am immensely proud to be Headteacher of a school which is genuinely at the heart of its community. With the help of our 82 parent and community volunteers, and the commitment and determination of IGS staff, we have set up a robust asymptomatic testing programme and will have delivered over 5600 tests in 9 days of testing. This is a phenomenal achievement, and I am incredibly grateful to all the staff and volunteers who have really gone the extra mile to make this happen. Thank you!” 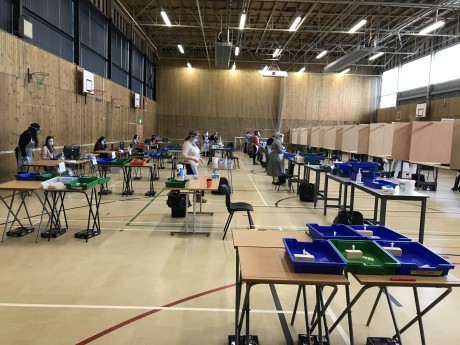 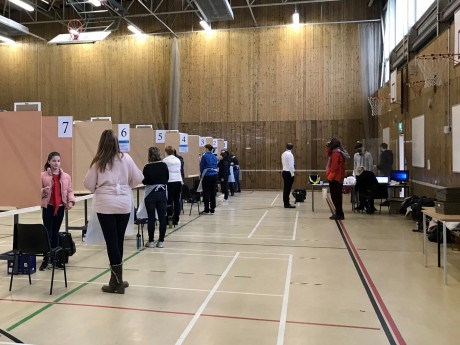