Ilkley Grammar School held its annual celebration event at The King’s Hall, Ilkley on Wednesday 17th November, only this year, it was extra special as students and guests enjoyed a reception in the Winter Gardens, having been unable to attend their prom last year due to COVID.

The event was attended by over 500 guests, including students, parents, carers and school staff.

Students received many prestigious awards during the evening, ranging from awards that recognise outstanding achievement and those that recognise sporting excellence and citizenship. Ilkley Grammar School are fortunate to have many students with excellent achievement and many more students deserved praise beyond those who were awarded prizes.

Students were awarded prizes for exceptional attainment and outstanding progress, recognising those who received the highest GCSE grades across the curriculum and those who received the highest progress scores from key stage 2 to key stage 4. Students were also awarded prizes for outstanding attainment and progress within subjects, as they celebrated the achievements of students across 31 different areas of the curriculum.

The evening also celebrated students who excelled in other areas such as commitment to sport, community and resilience, in a range of ‘Special Awards’.

Joseph Leach was first to collect his special award for attendance as Mrs Purnell spoke of the well-documented link between attendance and achievement, praising Joseph’s excellent attendance record and consistent effort.

Among the two winners of the Personal Best award were Esme Gutch and Erica East. This award is particularly special as it takes the namesake for the ethos and values underpinning the school. Esme was praised particularly for her efforts in her work with and development of younger students in the school, as well as her work on the Anti-Bullying campaign. Erica was praised for her kindness and ability to support others and give them a voice.

The Young Musician of the Year award went to Leo Lord-Cloke who was described by Mrs Purnell as an “exceptionally talented musician,” who has excelled in her alto saxophone and signing examinations, as well as her support in the school’s extra-curricular music programme.

Daniel Taylor and Isobel Wearing were awarded the Commitment to School and Community award. Daniel’s contributions to Personal Best Time within school and his active role in the ATC were mentioned as key accolades. Isobel’s active contributions to the school and community were also referenced, particularly Isobel’s volunteering in Rainbows, dances and Guides.

The Personal Development award was awarded to Loren Maude who was mentioned as a student who has shown resilience and determination to succeed, culminating in a fantastic set of results. Isabel Macina took two awards away with her: The Pinsharp Cup for Sporting Excellence and a Community Sports award, having contributed to a whole range of sports from year 7 to present day, in addition to her many sporting accolades and commitments outside of school with Ilkley Town Football, to name just one. Three other students were also awarded a Community Sports award: Wilbur Summerson, Holly Parker and Matilda Berry, praised particularly for their strong leadership, role-modelling and contributions to student voice and Sports Council at IGS.

Two students were awarded the Resilience award: Lottie Curry and Megan Backhouse, as Mrs Purnell spoke very highly of the ability to overcome hurdles through determination. Daisy Prowse was awarded the Year 11 Community Service award, praised for her active membership in the school community and local community through her volunteering.

Ellie Boon was awarded the Ilkley Parish Council Citizenship award for her ‘can do’ attitude and vociferous support of others through her excellent citizenship. And finally, Emily Batchelor was awarded The Ilkley Playhouse award for her contributions to Ilkley Playhouse Greenroom acting classes from a young age and number of stand-out performances, such as Alice in Alice in Wonderland.

Following the Special Awards, Stuart Hyde delivered the ‘Guest of Honour’ address and talked about his career and making a positive difference, listing examples of how he has made a positive difference in both his long-standing and varied service career in the police and the voluntary and community sector.

Headteacher Carly Purnell said: “Whilst this evening is always a highlight in the IGS Calendar, this year’s event was particularly special given the extraordinary experiences and unprecedented challenges of the last 20 months. It was a privilege to be able to come together with our students and their families to celebrate outstanding attainment, progress, and talent, alongside those who have modelled our tie values and attributes such as resilience, independence, and courage.

As a year group, our students achieved a fantastic set of GCSE results and a wide variety of individual accomplishments and achievements of which they should rightly be very proud. Unlike previous year groups they have also coped with tremendous uncertainty, national lockdowns, extended school closures in both years 10 and year 11 and huge levels of disruption to their education and they deserve recognition and credit for how they responded and the exceptional results which they achieved, all of which were based on a wide range of evidence. Coronavirus has undoubtedly impacted on young people over the last two academic years, but it must not be allowed to define or indeed label their generation – they are a remarkable group of people who have the skills and qualities, as well as the qualifications, to make a positive difference through the lives they lead. I thank all of our “silver ties” for everything they have contributed and given to the school over the last 5 years and congratulate them all for their achievements.”

The following Exceptional Attainment students achieved the highest GCSE grades across the curriculum.  Our Outstanding Progress awards recognise the students with the highest progress scores based on the value added from Key Stage 2 to GCSE.

We are fortunate at Ilkley Grammar School to have many students with excellent achievement and many more students deserve our praise and admiration beyond those who have been awarded prizes.

Please click here to download a copy of the booklet from the evening which confirms all prize winners. 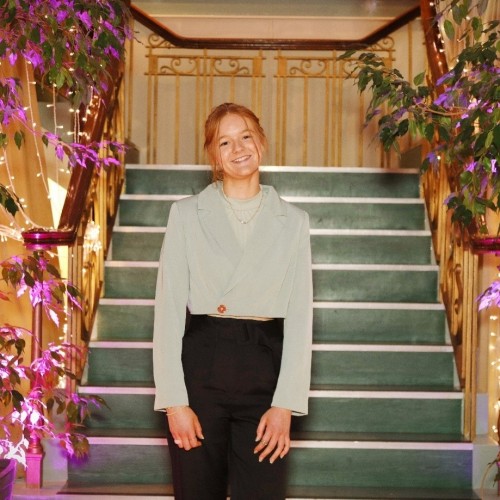 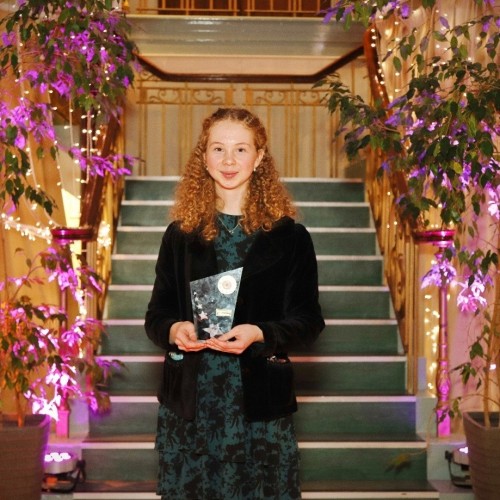 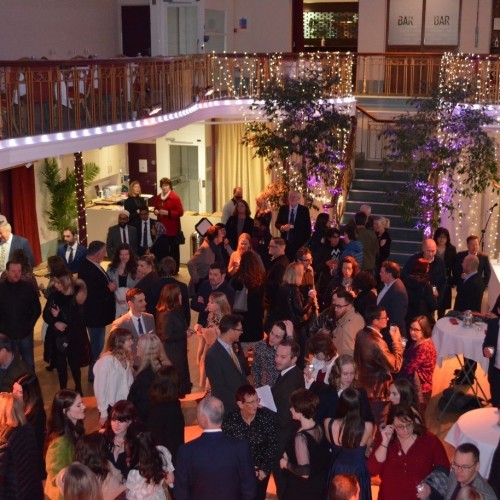 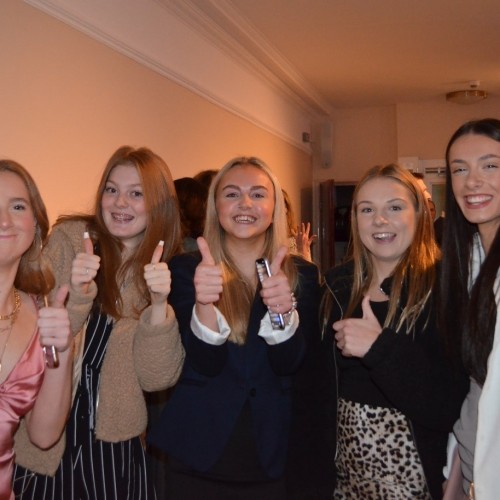 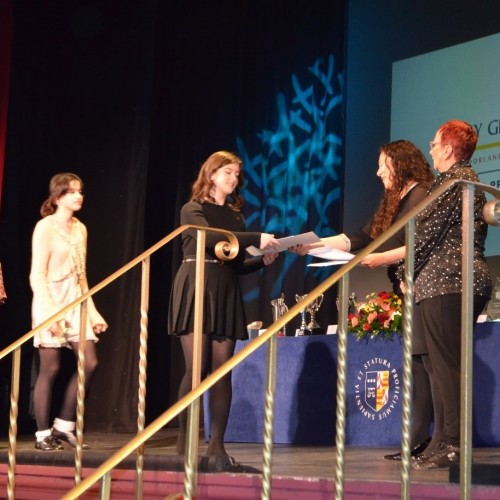 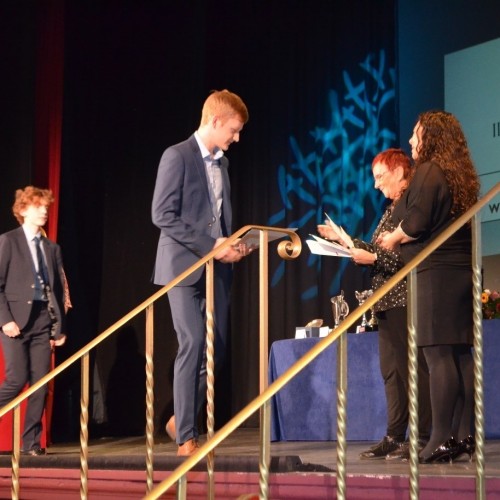 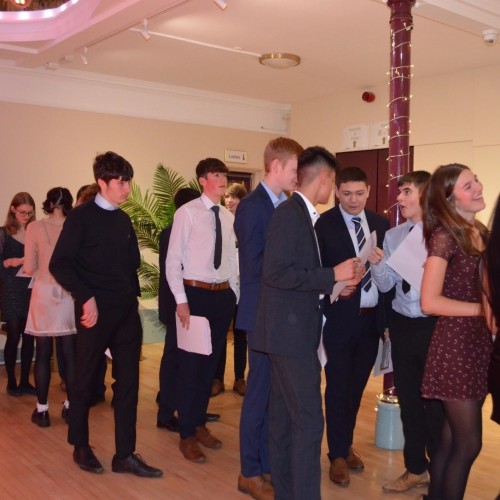 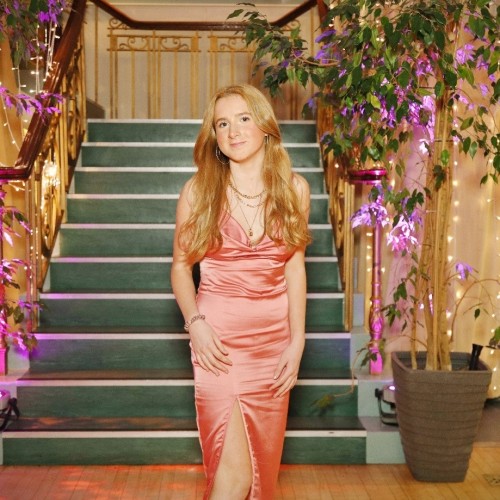