You are here: Home > Latest News > Class of 2022 Presentation Evening

This was the year group which went into lockdown in March 2020 at the start of the pandemic and who had faced the cancellation of GCSE exams, so it was with even greater pride than usual that Ilkley Grammar School welcomed back the truly exceptional Year 13 Class of 2022 for an evening at the King’s Hall in Ilkley to celebrate their outstanding A level success.

With so much uncertainty surrounding the grading process in the first full academic year since the pandemic, students and staff had been unsure whether their hard work, both online during lockdowns and also in school following the return, would pay off last summer. Their success surpassed all expectations and, as a result, the excited buzz of results day last summer was repeated at the King’s Hall last Thursday evening as staff, students and their families gathered one last time, in person, to reflect on what had been achieved.

Headteacher, Carly Purnell, began the evening by welcoming back former students (many after their first term at university) and their parents, and by placing their achievements in context, reminding everyone of the unprecedented challenges that had been faced and overcome over the past three years. She went on to celebrate the fact that with ¼ of all grades (24.2%) graded at A*, nearly half of all A-level grades (48.6%) graded at A*/A, by and with nearly ¾ of all grades (74.5%) at A*-B, IGS ranks as the highest performing comprehensive 6th Form across the whole of Leeds and Bradford according to The Sunday Times.

Mrs Purnell spoke of her pride at being their Headteacher and celebrated the resilience and courage they had shown over their years in Post-16. Having faced the first set of public examinations since 2019, students deserved recognition and credit for how they had responded, as well as for the exceptional results they had achieved. Students proudly collected their A-level and BTEC certificates to the warm applause and congratulations of friends, family, IGS staff and special guests including our Guest of Honour, Professor Fiona Williams and Ilkley Town Mayor, Mark Stidworthy.

There were many superb individual achievements which were recognised in 26 subject awards, as well as in prizes for outstanding progress and attainment across the curriculum. In total a record 27 students achieved three or more grades at A*/Dist* and 56 students achieved straight As or above with 8 students taking up places at Oxbridge last term. Special mention must go to twins Alex and Thomas Creighton and also to Isaac Bullen and Alex Squires who each secured 4 A* grades.

With these results students had progressed to over 50 different universities onto courses as diverse as Immunology, Ancient History, Computer Science (Artificial Intelligence) and Animation with apprenticeships secured with Accenture, KWV Railway and Hanson Heidelberg Cement Group. In his speech Mr Sykes, Director of Year 13, welcomed back this very special year group and spoke of what a privilege it had been to work with them. He compared the year group to an orchestra with each student playing a different part, all of which were essential in order to form the whole.

The school also welcomed back Fiona Williams OBE, Emeritus Professor of Sociology at the University of Leeds as the guest of honour who had attended Ilkley Grammar School herself more than 50 years ago, leaving in 1965. In her speech she explored what had changed over that time and also pointed out the similarities between the activisms of the 1960s and the 2020s which were ‘like bookends spanning half a century.’ While pointing out that many issues such as inequality and climate change remain unresolved she offered a message of hope saying that it is the young people of today who are ‘picking up the baton to push for social and environmental justice’, and that we need, as the Italian philosopher Gramsci said, ‘to balance the pessimism of the intellect with the optimism of the will’, meeting the challenges we face ‘with ingenuity, interdependence and love’.

Special awards recognising wider achievements beyond academic success and celebrating each of the school values of Responsibility, Respect, Kindness, Resilience, Courage and Pride were also awarded. This year also saw the inaugural Elizabeth Crannigan Arts Award awarded for the first time to Elspeth Tometzki. With excellent musical performances from current student Alex Ashman-Hogan and past students Francesca Beevers and Gus Lovell there was a wide range of talent on display all evening.

Jamie Gutch, Deputy Headteacher, who organised the evening said “Post-16 represents the culmination of the school experience and it was so exciting to be able to welcome back students and parents/carers to celebrate their achievements for the first time since 2019. I would like to publicly thank all those who taught this cohort as they made their way up the school and while in the 6th form. Special thanks must also go to Mrs Pickard (who led the year group through year 12), Mrs Walsh (senior pastoral lead), Mrs McCutcheon (Senior Student Achievement Manager), the dedicated team of form tutors and to all those who tirelessly provided both academic and pastoral support to these students over their time in Post-16. Success is always a team effort.”  Mr Gutch continued “This event is one of the highlights of our annual calendar and we were delighted that so many of our former students and parents/carers were able to celebrate with us.

Your school and your families are very proud of you, and we wish you all the very best for the future!” 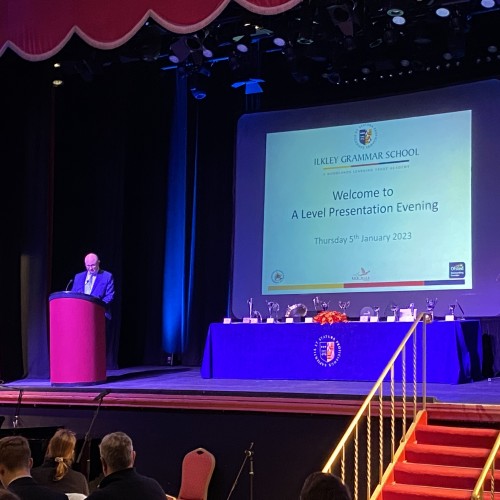 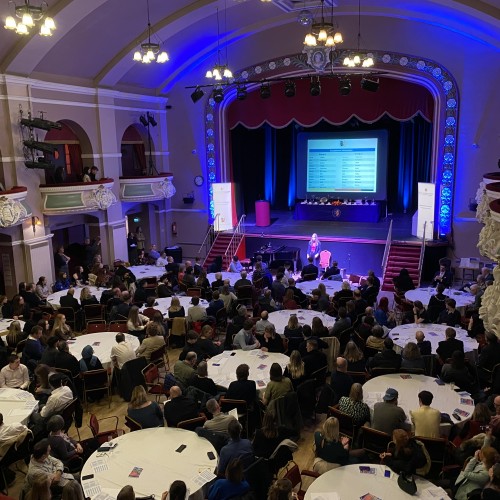 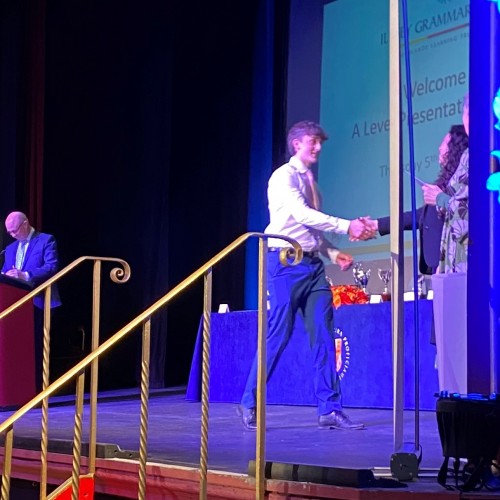 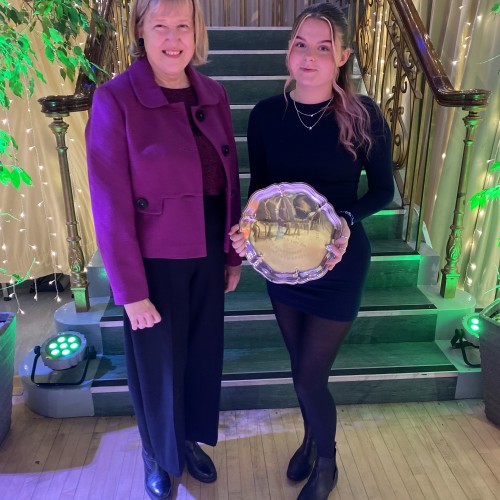 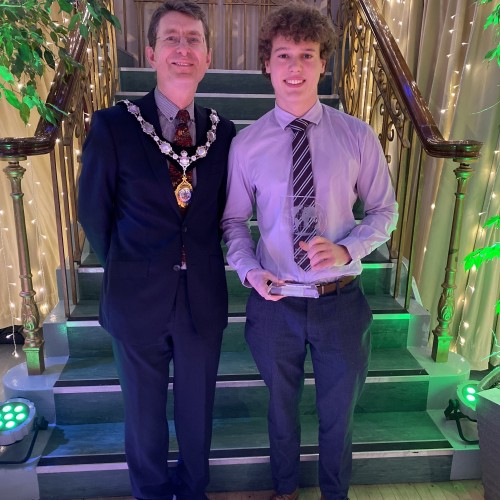