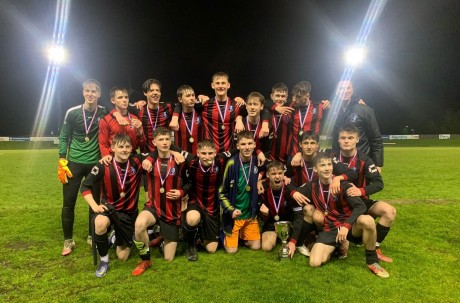 Well done to the year 11 boys’ football team who are the Leeds Cup Champions having defeated Morley Academy 5-4. A tough first half left the boys 3-0 down, but after a valiant second half performance they produced a mammoth comeback with the game tied at 4-4 after 80 mins. The boys sealed the win on sudden death pens! Congratulations to the team who played brilliantly and showing real resilience. Dan A scored the winning penalty after Josh B saved a Morley penalty kick. 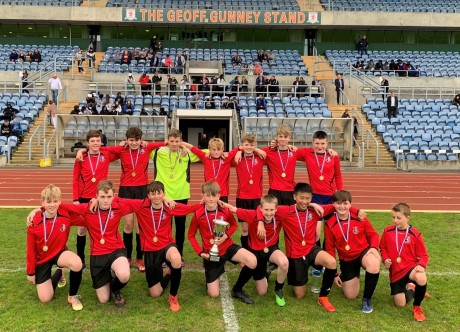 Well done to the  Year 8 football team who have also been crowned the Champions of Leeds! The team have been on a fantastic journey in their first year of competitive football at IGS, lifting the trophy to seal an unbeaten season in the Leeds central venue league. There was some exciting football played despite being under constant pressure with opponents, Cockburn John Charles, having their fair share of possession in the first half. The game was level at half time courtesy of a Thomas G header and a Cockburn penalty. In the second half the boys combined their belief with some excellent stamina. This helped them produce three excellent goals, with Noah T-S producing a quick brace and Will F scoring the fourth goal of the day. The final finished 4-1 to IGS.

A fantastic end for both teams for their unbeaten seasons!