On Saturday 30th April, twelve students from Ilkley Grammar School took part in the National Schools Finals at Fenton Manor, Stoke-on-Trent. Gymnasts from across the country had to qualify in first place at their regional preliminaries to take part. One school from each region managed to reach the final to compete at this prestigious event.

The Yorkshire gymnasts impressed the judges and crowd with dazzling performances!

First to perform were the 'Over 14 Women’s Pair' of Melissa and Bella. A beautiful routine that scored 8.3 and secured a 3rd place finish for Ilkley Grammar School.

IGS also had an 'Over 14 Group' (Louise, Melissa, Bella, Carys, Anna & Liz) who performed a two minute routine. The six gymnasts were marked on their technical skill and their synchronisation. The 'Over 14 Group' showed great confidence and skill, scoring a brilliant 7.95 and placing second. Another top three finish for Ilkley Grammar School!

The afternoon competition saw the 'Under 14 Group' take to the floor.

The 'Under 14 Group' (Mathew, Evan, Alex, Lola, Livvi & Isla) caught the eye of judges and were awarded second place with their standout routine.

The 'Under 14 Men’s Pair' (Mathew and Alex) showcased their exquisite routine, scoring an unbelievable 8.7! This score not only secured them the National Title but was also the highest score from all the age categories across all schools!

The gymnasts have put Ilkley Grammar School on the map as one of the best schools in the country, IGS’s reputation is growing fast in the UK!

Our heartfelt thanks goes to Nicola Robinson who runs the Ilkley Gym Club and who has given her time for free and held an Wednesday after school club to help prepare for the event. 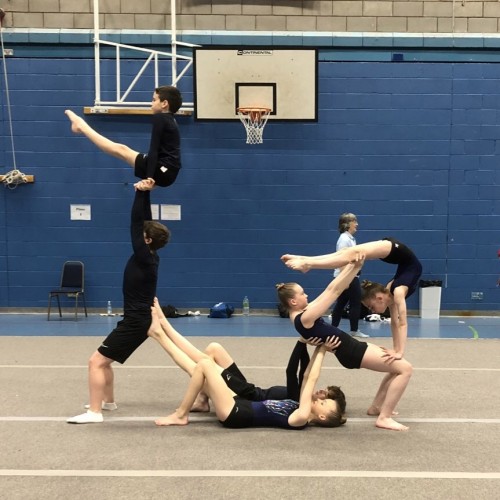 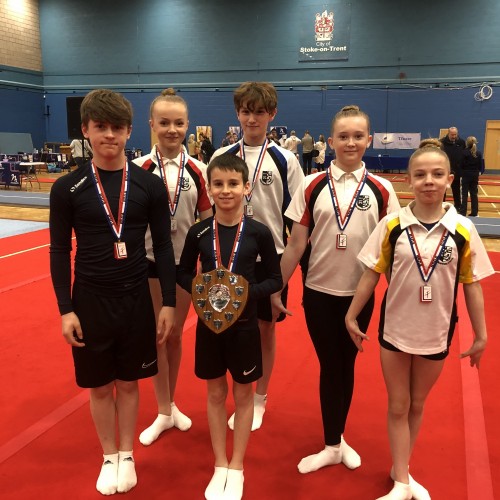 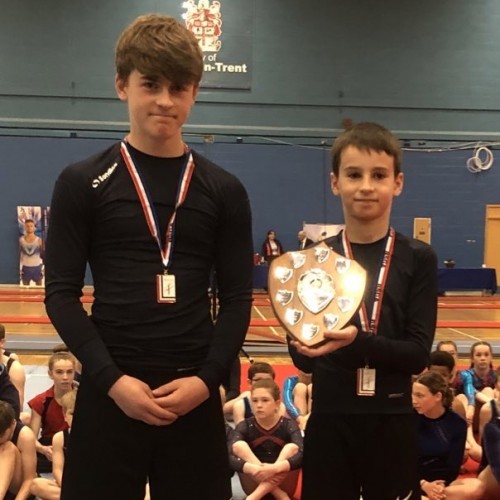 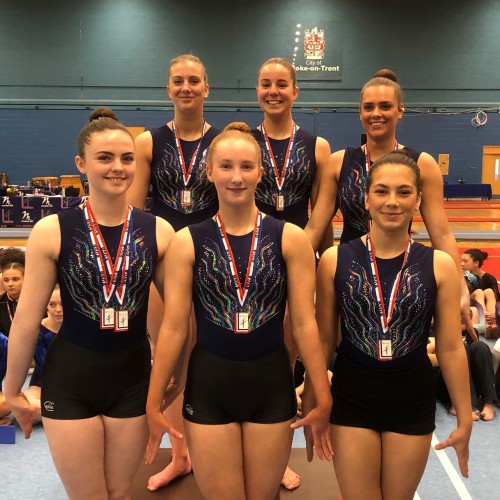 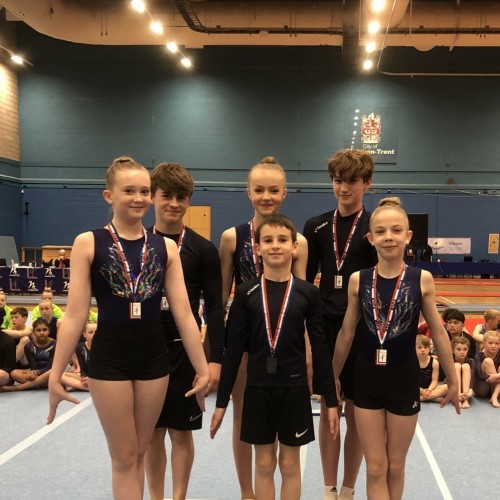