Following entries from students, staff and parents just before the summer holidays, we have the results of our “Name Our Buildings” competition.
The shortlist included 2 student entries, 2 submitted by members of staff and 2 from parents/carers.  A further 2 options were put together from some of the most popular entries.
Voting has now taken place with the names for the new building and the brand new building determined by the most popular entry.

Named after Simon Armitage who is a Yorkshire poet, playwright and novelist and is the current Poet Laureate. He is also Professor of Poetry at the University of Leeds.
This was submitted by Mrs Iliff who works in the Inclusive Learning Department, and also suggested by Mrs Twelves and Year 9 Student, Leah Turner.

Named after the Brontë sisters, Charlotte, Emily and Anne, who were born and raised in Yorkshire. Charlotte's novel Jane Eyre (1847) and Emily's Wuthering Heights (1847) are considered classics in English literature. Whilst the books were written in the 19th Century, they are still widely read and studied today.
This was also submitted by Mrs Iliff. 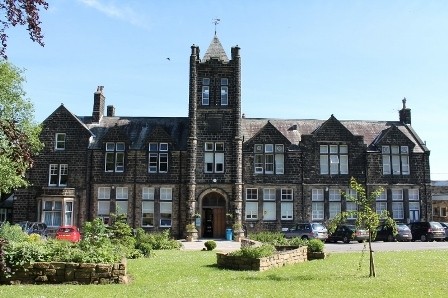 George Marshall was one of the benefactors of the school having set up an endowment to pay £100 to fund the salary of the Headteacher. Whilst Marshall died in 1598, it took until 1607 to sort out all the legal details.
The legal document determined that Marshall’s £100 “shall forever hereafter be employed towards the maintenance of a Schoolmaster at Ilkley for teaching Scholars there”; 1607 is the accepted date for the foundation of Ilkley Grammar .
This was submitted by a parent of a student in year 10.