Since September 2016, students in Year 7 study either French or Spanish in the first two years to build up their proficiency in one language.This is in response to the demands of the new and more challenging GCSEs in languages. There is an option for some students to pick up an additional second language at the start of Year 9.

In Year 9, the number of core subjects is reduced from 15 to 10 as follows:

In addition, there are six option blocks which allow students to create a personalised curriculum: 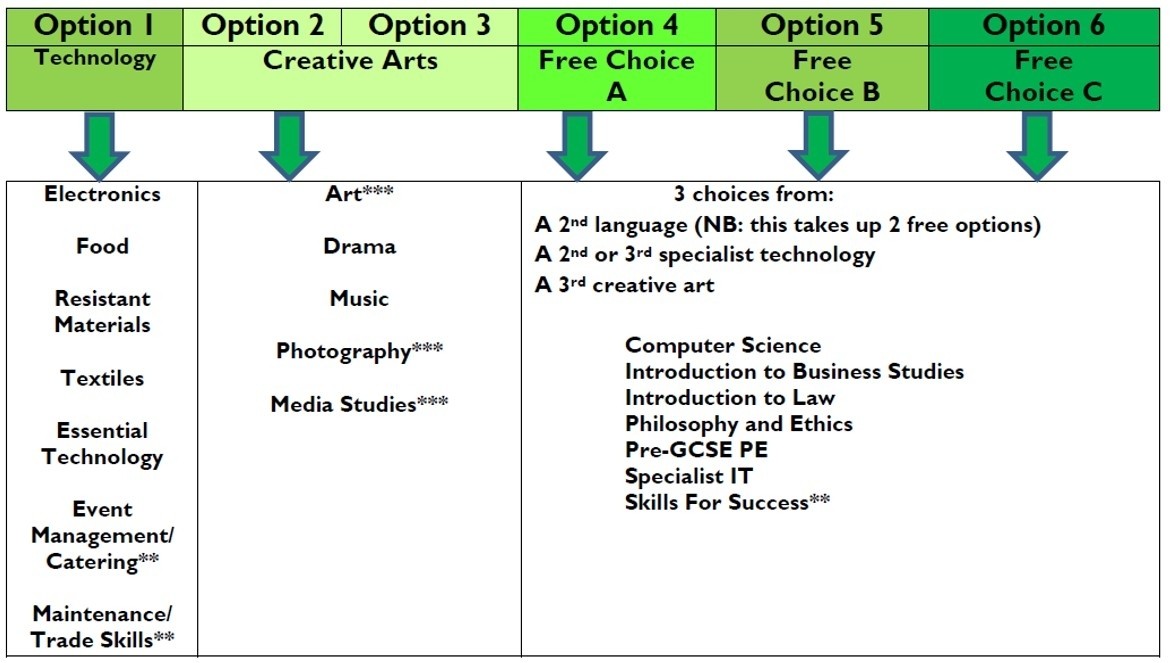